Our film joins the fight to allow the 300+ Russian children who have met their American families to complete their adoptions.

So what is the film about? 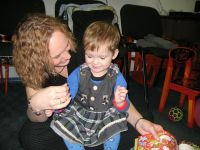 The film tells the story of three of the last Russian children, Masha (11) and Marcel and Vadim (5), able to be adopted into an American family before Russian President Vladimir Putin banned adoption into the US on January 1st 2013.

Approximately 300 Russian children just like Masha and her brothers have met and started to fall in love with their families, but can no longer complete their adoptions.

The film is a powerful demonstration of what children stuck in the ban are being denied – the love of a family.

We are raising funds to use the film as an advocacy tool in the fight to bring those children home. You can see a little trailer here:

How Can the Film Help?

Our hope is to raise the profile the situation facing these 300 children, to harness the dissent from across the globe, to raise our voices together so the US and Russian governments hear us when we say – put politics aside and find a way to reunite these families. 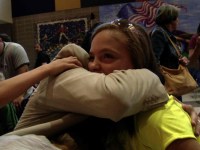 We launched our plan with a screening on Capitol Hill in Washington DC in April where we screened to policy and decision makers.

We’re screening at the Moscow International Film Festival on June 25th. Families fighting to bring their children home will be able to appeal directly to Russian officials involved in the ban in the spotlight of the Russian press.

There has been huge outcry in Russia against the law, our screening will be another chance to engage the Russian public with the pipeline cases. The anticipation is already building in the Russian press.

From there we go on to screen to representatives from 56 nations at the OSCE Parliamentary Assembly in July. The film will screen immediately before Senator Roger Wicker’s resolution on inter-country adoption.

President Obama is scheduled to meet with President Putin in June and September and the adoption ban is not currently on his agenda.

Read More About The Dark Matter of Love by Clicking Here